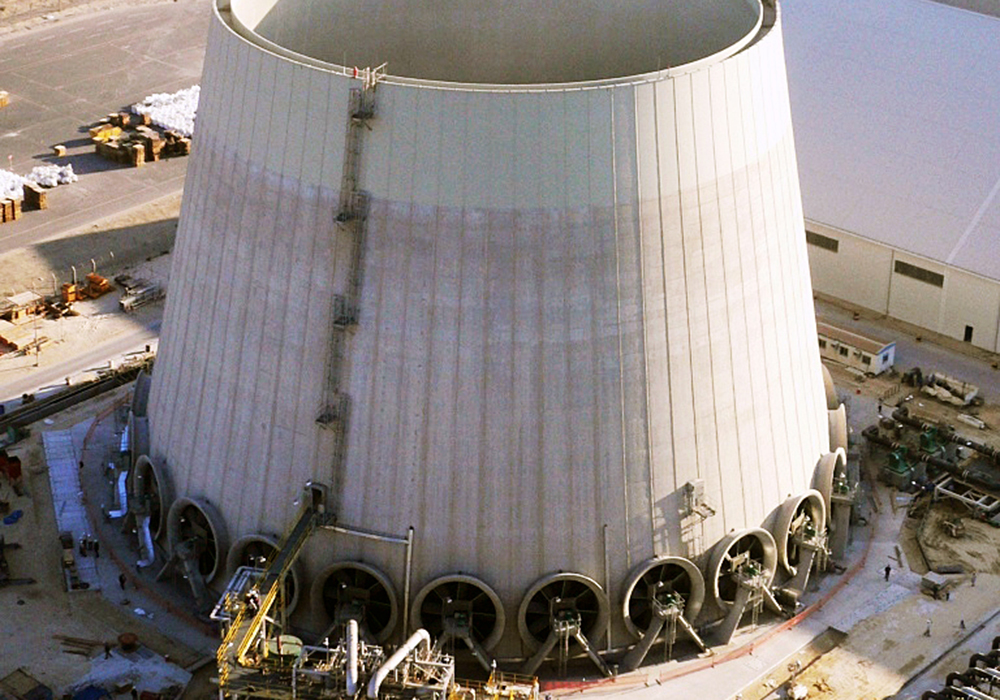 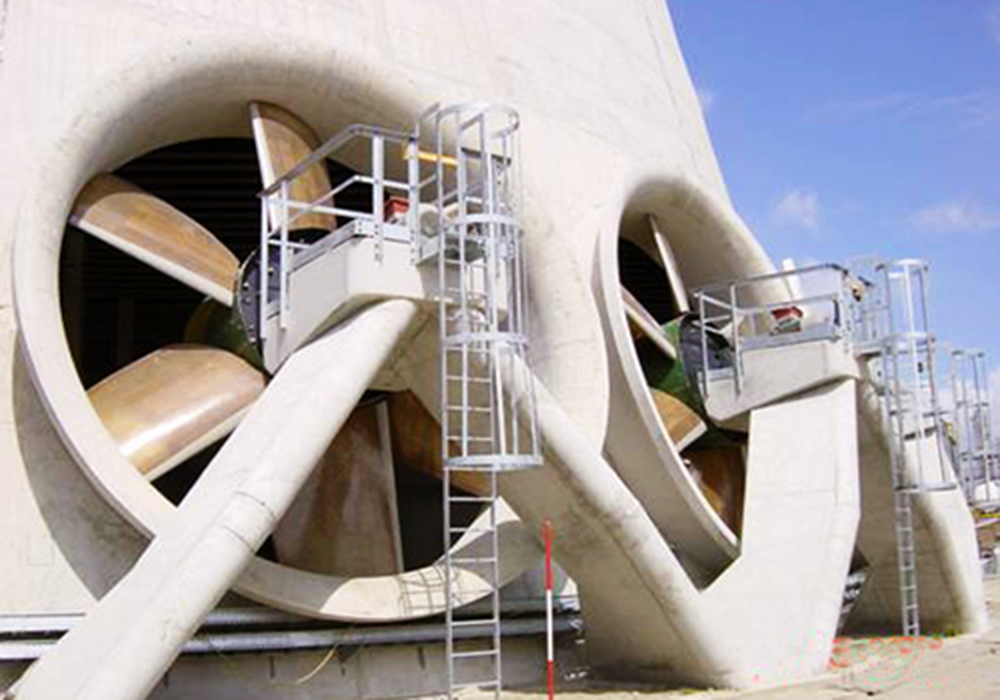 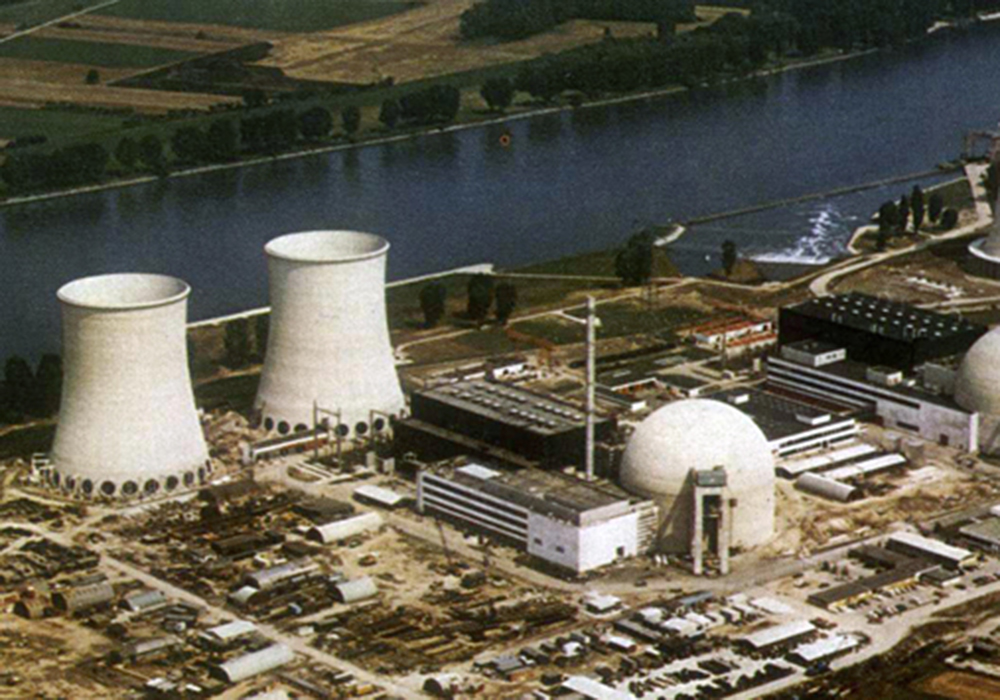 Principle of Circular Cooling Towers with Forced Draft Fans
The hyperbolic shell achieves a natural draft effect which supports the fans arranged around the circumference of the cooling tower shell. Therefore the power consumption of the fans is reduced. The cooling tower is separated in different sections, which can be isolated, to ensure operation with lower water quantities. Also maintenance activities can be accomplished in shut-off sections while the rest of the cooling tower is still in operation.

Reduction of Operating Costs
As the natural draft effect supports the fans the power consumption is reduced. Considerably lower operating costs are achieved especially by the application of two-speed motors.

Elimination of the Recirculation Effects
The plume is conducted by the higher shell, therefore the recirculation effect is eliminated. In contrary to the cell-type cooling towers where the risk of the plume falling on the ground and being drawn into the cooling tower must be considered.

Salt Water Application
The higher rise of the plume results in a wider dispersion. That means for seawater application the salt particles are also better distributed in the air and the resulting salt concentration on the ground is considerably reduced.

Space Requirements
The recirculation effect needs not to be taken into account for circular cooling towers therefore the space requirements are reduced. Also the circular shape is more favorable in comparison to cooling tower rows located in defined distances. 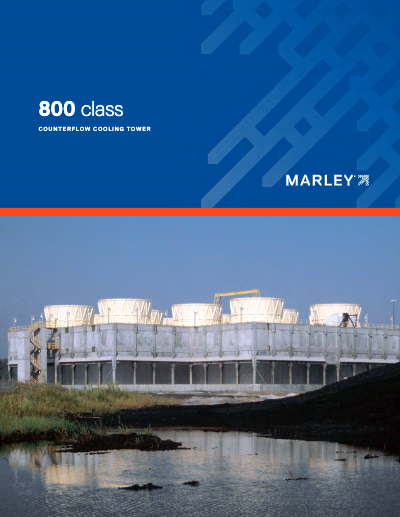 Class 800 Mechanical Draft Cooling Tower
Posted in Brochures, Library | Tagged Brochure, f400, roundforced |
We use cookies on our website to give you the most relevant experience by remembering your preferences and repeat visits. By clicking “Accept”, you consent to the use of ALL the cookies.
Cookie settingsACCEPT
Manage consent